How the VC Pitch Process Is Failing Female
Entrepreneursr 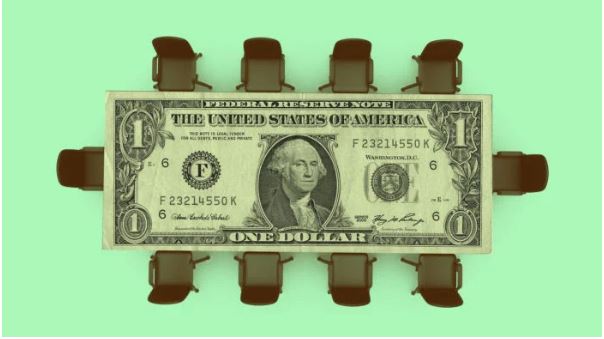 In 2018, only 3% of venture capital in the U.S went to companies with a female CEO. Yet, the number of female-owned businesses has risen both in the U.S. and around the world, and the number of women intending to become entrepreneurs globally has increased even more sharply. Women who venture into entrepreneurship are not poised to get a fair deal.

From our perspective, bias within the VC industry is preventing funds from being allocated to the best investment opportunities. (After all, a growing body of evidence recommends diversity as a guiding principle when building profitable VC investment portfolios). A recent string of high-profile IPO flops seems to confirm our hunch. If we want both better VC outcomes and more gender balance in entrepreneurship, we need to root out the bias hampering ventures at their earliest stages.

Based on more than 20 years of combined experience working closely with investors and founders in entrepreneurial hubs such as Silicon Valley and Singapore, we believe the pitching process is the best place to start. Our research – involving interviews with more than a dozen VCs in the U.S., Canada, UK, and Singapore – is actively exploring how VC could realistically dispose of pitching. While the work is still ongoing, our initial results suggest that by adopting a more data-driven approach to assessing a startup’s potential and profitability, VCs may see a better performing portfolio and one that includes more female-founded firms.

The VC investment process has four stages: deal sourcing, pitching, due diligence, and closing. So why are we singling out the pitch stage? The final two stages are much more technical and numbers-oriented, so they’re less hospitable to bias. Deal sourcing, which is highly dependent on personal networks, is susceptible to bias but in a more overt way: If your network of startup founders is all male, it’s difficult to argue you’re giving women opportunities. However, it’s during pitching, as we currently know it, that gender bias can influence decision-making without loudly announcing itself.

Multiple academic studies have shown that there is a strong gender bias in many different elements of the pitch process.

For instance, one study from 2014 used identical slides and scripts, voiced by men and women, with or without photos of the ‘presenter’, and then asked study participants to rate the investment. Pitches voiced by men significantly outperformed those with a woman narrator, and pitches where the narrator’s picture was a good-looking man performed best of all. Outcomes were the same whether the participants (‘judges’) were male or female. The researchers concluded, “Investors prefer pitches presented by male entrepreneurs compared with pitches made by female entrepreneurs, even when the content of the pitch is the same.”

Bias also appears in how entrepreneurs are questioned. Research from 2017 found that women are asked different questions than men when pitching to VCs. Across 180 entrepreneurs and 140 VCs at the TechCrunch competition, men were consistently asked more ‘promotion’ questions (highlighting upside and potential gains), while women were asked more ‘preventive’ questions (highlighting potential losses and risk mitigation). Entrepreneurs who addressed promotion questions raised at least six times more money than those asked the prevention questions.

The confidence gap may be one cause for our observation – admittedly anecdotal, but borne out by years of first-hand experience — that women often use metrics to sell their story, while men present the big-picture vision. VCs who are scouting for extreme outperformers may be underwhelmed by women’s more measured pitching style.

The confidence gap may be one cause for our observation – admittedly anecdotal, but borne out by years of first-hand experience — that women often use metrics to sell their story, while men present the big-picture vision. VCs who are scouting for extreme outperformers may be underwhelmed by women’s more measured pitching style.

All the above disadvantages women face in pitching aren’t lost on entrepreneurs. We have repeatedly seen in Silicon Valley and other entrepreneurial contexts that teams may attempt to skirt negative bias by having a lower-ranking man pitch in place of the woman CEO. This tactic tends to backfire, however, as investors almost always want to hear from the founder or the person with the ultimate authority in the company.

Does pitching serve a business purpose that outweighs its blind spots? Most of the VCs we spoke to insisted that there is no other way to get an up-close-and-personal sense of the venture and the founder. But we would argue that if VCs’ instinctive gift for picking winners leads them to choose almost exclusively men, maybe their senses aren’t all they’re purported to be.

To be sure, our research shows that many VCs are increasingly relying upon data-driven processes in the initial vetting of candidates. Such processes help diminish the influence of the pitch, and its attendant biases. However, when we asked these data-favoring VCs whether they still require founders to pitch, their general reaction was an incredulous “Of course!”

If the goal of venture investing is to pick the best companies and deliver top quartile returns, it doesn’t make sense to incorporate a step that knowingly leads to selecting startups based on gender and looks. It would be better to dispense with the pitch entirely.

A select few funds have done exactly that – with stand-out results. Social Capital, which took applications online and evaluated companies largely ‘by the numbers’, reported 40% women CEOs funded in their early investments. (The fund has since shuttered, due to unrelated team issues, but its successor fund plans to ‘rely on algorithms to do much of the deal sourcing’.) New revenue-based venture investors such as Clearbanc, claim to ‘have funded eight times more women than the venture capital average’. And Loyal VC., a fund founded by one of our co-authors (Kamal), has 37% women CEOs in its first 70 investments. Instead of listening to pitches, Loyal VC. sources companies based on recommendations from a partner accelerator, Founder Institute, which evaluates companies based on watching 14 weeks of work. Top performers get an initial $10,000 investment and are then evaluated over a six to nine-month diligence period, to earn a $200,000 investment, with subsequent $1M, $3M and $6M amounts on offer based on the companies performing as expected.

None of the above funds claim to make exceptional efforts to fund women entrepreneurs. All are trying to find and fund the best possible companies. To do so, they eliminate the pitch from their process and shift their focus on actual performance data from startups. All end up with dramatically more gender-balanced investment portfolios.

It is too early to say whether these firms will consistently yield higher returns than those using the conventional pitch. But the results so far have been promising. Since early-stage investors typically take eight to ten years to exit their startups, full cash-on-cash returns from these new funds will require another decade. Still, it seems reasonable to assume that focusing on business performance, rather than gender, will on the whole deliver better investment outcomes.

If VCs decide to keep the traditional pitch, one rational choice is to allocate pools of money explicitly by gender. This eliminates gender bias, by having women pitch only against other women. A number of funds such as Female Founders Fund, Golden Seeds or Europe’s Voulez Capital follow this strategy

The alternative to gender segregation is to choose to design a pitch-less investment process. Social Capital and Clearbanc chose to gather data in an online application form, and to select companies based on specific metrics. Loyal VC works with companies for months to watch their progress and outsources initial selection to accelerators.

As we see it, the above two choices – either eliminate cross-gender competition or ditch the pitch – are the best ways forward, for now. Technological changes may present entirely new options in the near future. For example, investors could adopt a digitally mediated process that obfuscates the gender and appearance of startup CEOs soliciting funding, thereby expunging all traces of bias. Symphony orchestras have been doing something similar for decades – having musicians audition behind a screen achieves the same gender-blind effect.

In sum, we know that there is a gender bias in how investors — both women and men — evaluate pitches. This means VCs are not investing in the businesses with the best financial returns. We’ve found that funds that don’t consider a pitch invest in eight to twelve times more women than average, even though they do not have an explicit gender mandate and are investing on pure financial performance. This means there is both a strong financial reason and a gender equity reason to eliminate the pitch from the venture capital process.

Kamal Hassan is a Founding Partner of Loyal VC.

Monisha Varadan is a Partner at Zephyr Ventures.

Claudia Zeisberger is a Senior Affiliate Professor of Entrepreneurship & Family Enterprise at INSEAD and the Academic Director of the school’s Global Private Equity Initiative.